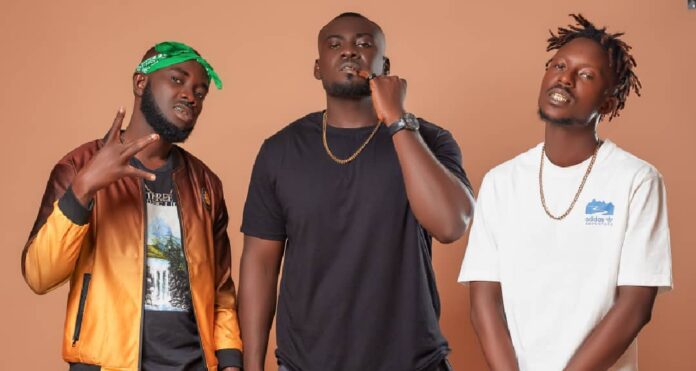 Ghanaian hip hop trio Black Action Gang which is made up of Xpac, Uncle P and Gaisie Boi have unveiled the tracklist of their upcoming album dubbed “God Is A Rapper”.

The album is made up of 10 songs and it features Saj Songs, Amakye The Rapper, Labaran among other hardworking budding artistes.

The album will be released on December 30, 2022 and it comes with a listening session at 3LKB lounge at Chantan near Lapaz.

Though Black Action Gang is made up of rap acts, God Is A Rapper album has varieties of songs and genres that will suit every listener.

In a recent interview on Kasapa FM with Eddie Ray, they revealed that the album has a bit of high life, afro beat, hip life and rap songs.

“Ain’t Easy” and “Sikasem” are already out on the music market and they are receiving positive feedback from music lovers across the world. 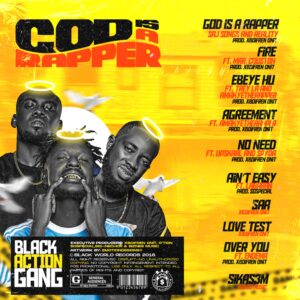