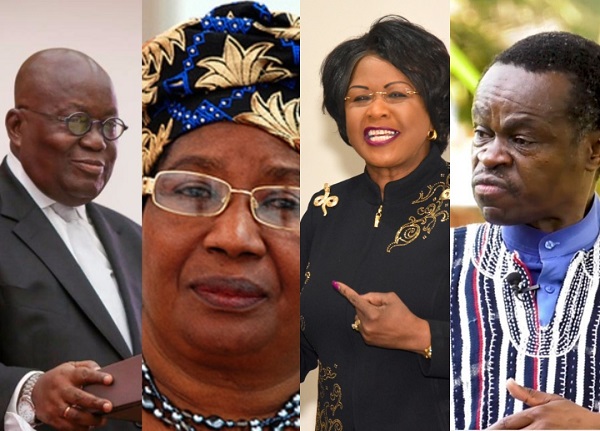 The former President of Malawi, H.E. Joyce Banda, President Akufo-Addo of Ghana, Pan Africanist Prof. PLO Lumumba, and Amb. Arikana Chihombori-Quao of the ADDI are expected to be among the tall list of prominent Africans to speak at the Wakanda One City of Return Trade Expo scheduled December 3 to December 13, 2021 at the Royal Ridge Hotel in Cape Coast, Ghana

The other speakers include King Tackie Teiko Tsuru II of the Ga State, His Royal Majesty Nana Obokese Ampah from Ghana; and Benson Kasue Amirah Ansaar, and Sylvia Robertson from the African Diaspora Development Institute (ADDI).

The 1st Wakanda One City of Return Expo is an initiative of The African Diaspora Development Institute (ADDI) under the leadership of Her Excellency, Ambassador Arikana Chihombori-Quao with partnership from the Ghana National Chamber of Commerce & Industries; Ghana Tourism Authority, and the Cape Coast Metropolitan Assembly.

The Expo which brings together over 160 delegates from the United States of America, the Ghanaian business community, government departments, trade associations, traditional authorities, and the media seeks to highlight viable, ready-to-go, opportunities for local businesses and share investment opportunities that will assist in wealth creation.

According to the organizers, the business discussions will focus on areas such as Engineering & Real Estate; Healthcare & education; Agriculture; Small business; Digital Technology; Finance and banking; Mining and Minerals; Legal & media; Trade and investment; and Culture & tourism

The Expo which comprises conferences, trade tours, panel discussions, and exhibitions forms part of the Wakanda City of Return project which was launched a year ago by the African Diaspora Development Institute (ADDI), Cape Coast Metropolitan Assembly, and other local partners including Pelicape Group and Adepa Investment.

The project is expected to create about 5,000 direct and indirect jobs and open opportunities in Africa and beyond to boost tourism development.

We have come to the realization that the current status of the African economy is due to the mass exodus of the African Diaspora out of Africa. The exodus began with the loss of Africa’s children through slavery 400 years ago, followed by the recent migrants who left Africa in search of greener pastures or running away from famine and wars.

The children of Africa have ended up in North America, Europe, and Asia. African Heads of State are calling on all people of African Descent (African Diaspora) to come back home and build the Africa we want.

Mästürbation Isn’t A Sin But Beginning Of Madness – Counselor Lutterodt