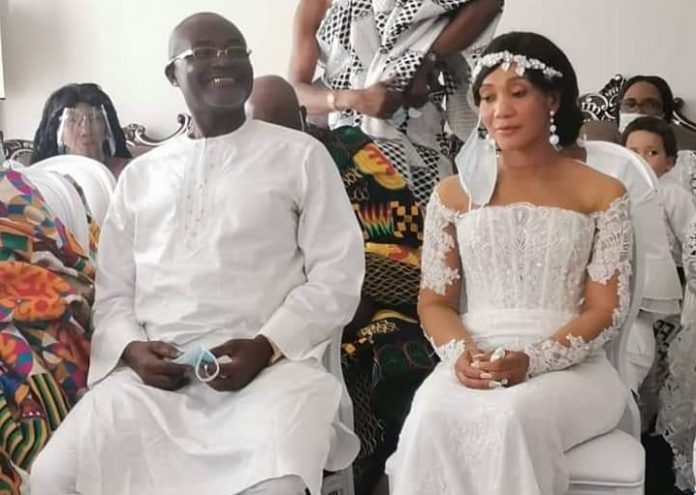 The Member of Parliament for Assin Central, Kennedy Ohene Agyapong has celebrated 25th marriage anniversary with his wife at a private ceremony held in Accra.

According to one Maame Duodua Appiahkorang in a Facebook post, the business mogul’s wife is called Christiana.

She revealed in the post that the private anniversary took place on Friday, January 1, 2021.

Reports also has it that Mr. Agyapong’s wife turned 50 on the day of the ceremony so it was a double celebration.

Congratulations to Kennedy Agyapong and his wife Christiana Agyapong on their marriage anniversary.