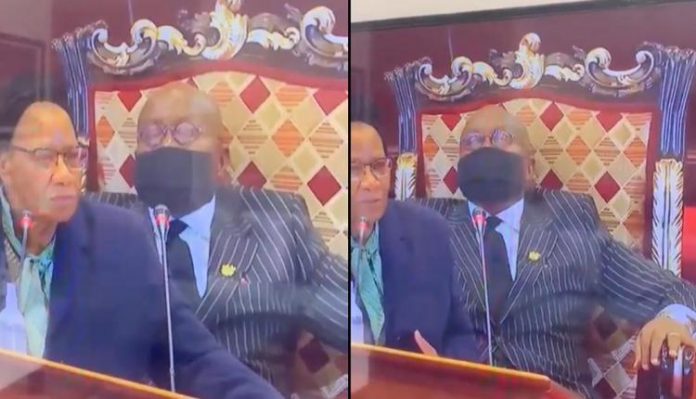 Another hilarious video of His Excellency Nana Addo Dankwa Akufo-Addo dozing off at a conference in France has broken Ghanaians on the internet.

In the 38 seconds long video, Akufo-Addo who couldn’t control his eyes was filmed sleeping while his colleagues were actively discussing issues in the live conference.

Well, many are those who have advised the president to denounce his position and have time for himself since this posture of his keeps popping up.

Several other videos see him sleeping or dozing off during an active event.

His attackers have since then tagged him as the sleeping president because it appears that he enjoys sleeping during the critical hours of meetings and conferences.

Check out the video below to know more…

Why Do Ladies Always Do This?…. It’s Very Annoying

Gäys And L3sbians Finally Operate An Office In Accra; See The Location