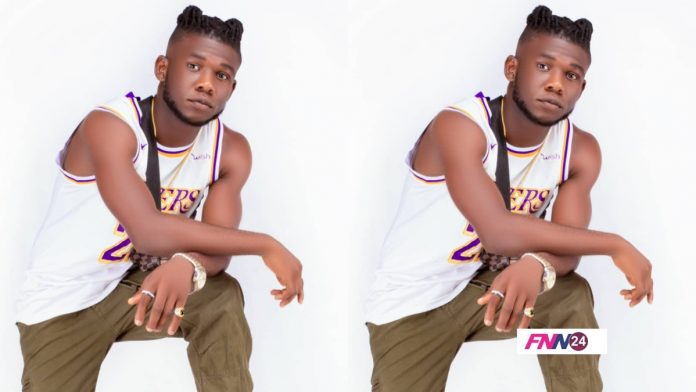 First Black Music Entertainment signee and a Reggae/Rub-a-dub artiste, Kay Mena who recently returned into the country has declared his support for Crazy Love.

He described the song as a song very dear to his heart.
“When I heard the final mix of the song, I shed tears”.

Quizzing the reason for shedding tears, he simply said; “My brother when you listen to it carefully and critically, you will search me then I will be the one asking you the question”.

Kay Mena who is also looking forward to releasing his first-ever official single title #Fire on June 6th, 2021, praised his colleagues for the good work done in the Crazy Love song.

He described the energy during production as “unprecedented”.

You will recall that Black Music Entertainment, the leading music label for the discovery of new talents in Ghana is set to release the “Crazy Love” song on the 17th of May 2021.