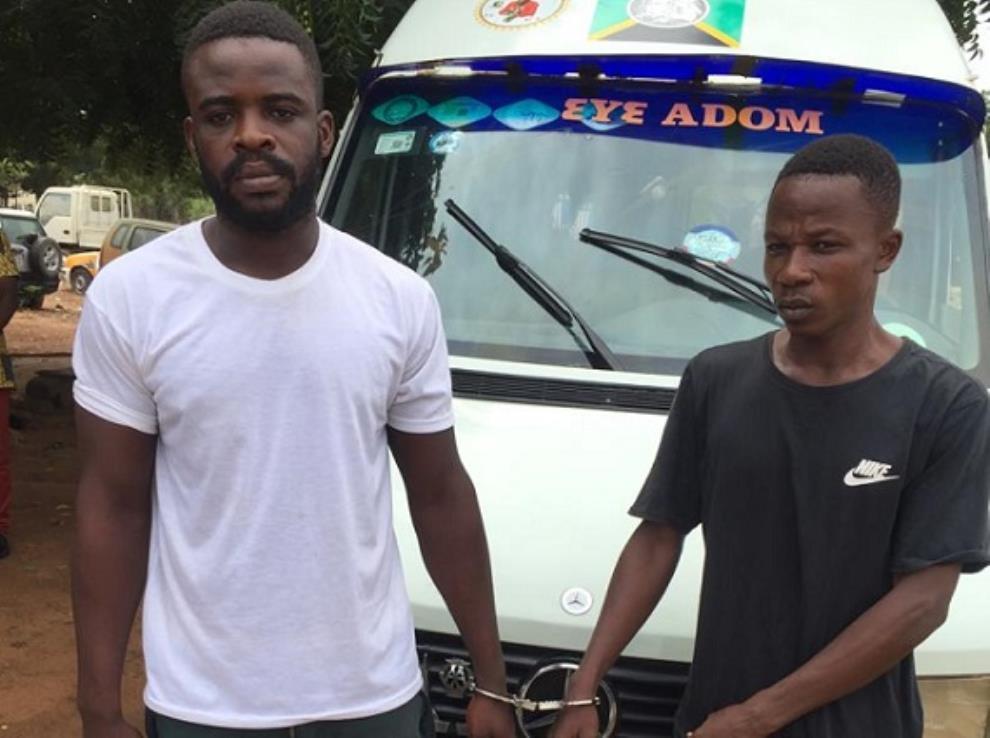 I feel extremely weak and worried after reading that the commercial (trotro) driver and his conductor accused of assaulting a police officer are alleged to have been tortured in police custody, and are currently said to be in critical condition at Bureu of National Investigations (BNI) cells.

According to the news report on 3News.com, the left eye of the driver, Francis Buabeng, is “almost damaged” and has been left with bad ear due to continuous slaps and severe beatings from the police officer the driver and his mate allegedly assaulted.

“Buaben and his mate, Albert Ansah, face a possible erectile problems as the police officer whose name has not been given, allegedly stepped countless times on the pelvic and scrotum of the two in the course of the torturing”

If it is really true that the driver and his mate were subjected to this kind of torture in the Police cells, then Ghana is not safe for us.

If it is true that the Police Officer also tortured the driver and his mate whiles they were in Police custody as is being reported, then that Police Officer must be arrested immediately and arranged before a court with the same speed as they did to these two civilians.

Now, let’s me be clear on this: I have not seen, read or heard anywhere in Ghana that men in uniform are above the laws and that they cannot be beaten but they can beat civilians. That they can commit a crime and go unpunished but a civilian must be thrown into jail for the same crime. This impunity must stop.

What did I hear last week? that the Member of Parliament for Assin Central, Hon. Kennedy Agyapong is alleged to have slapped a police commander during the student demonstration at the University of Education, Winneba. The riot, which is reported to have led to the temporal shut-down of the university. Surprisingly, the police administration only issued a statement cautioning the law marker and telling the service officers the Police Administration will stand by them at all times. Imagine, it was an ordinary citizen like me that is alleged to have slapped the Police Commander, I will have been in jail by now. This Impunity must stop, else we will all have to become police officers or MPs.

The Ayawaso West Wuogon By-election, a Member for Parliament for Ningo Prampram, Sam George was assaulted. Some people alleged to be supporters of the opposition NDC were also assaulted, shot with video footages of the incident circulating on social media just like in the case of the driver and the mate vrs. the police officer. Ghanaians are yet to see the perpetrators who were alleged to be members of National Security face the law. This impunity must stop.

Yesterday, I read a press statement from the Police Administration where they reacted to a viral video in which a security officer is seen hit the head of a boy who had knelt down in a very cruel manner. What did the Police say in their statement? – that security officer in the video is not a Police Officer and that he is a private security guard with the Swedru District Assembly in the Central Region. We were not told as to whether that private security officer has been arrested and arranged before a court with the same speed as in the case of the driver and his mate. Why? is it because the small boy that was hit is not a police officer?

When Police Officers were reported to have assaulted journalists in their line of duty. How many of those Police officers were arrested, and tried and jailed? This impunity and injustice must stop!

Our leaders must be reminded that when the citizens fail to get justice from the justice system established by the laws of the land, they will have no option than to take the law into their own hands in the bid of seeking JUSTICE their own way.

Our leaders must be reminded that in the land of expression of long-harboured “ANGER”; law and order become next to nothing….

We must not wait until we get to the level where citizens will start expressing their long-harboured anger in a bid of seeking justice their own way!

The Impunity and Injustice Must Stop!