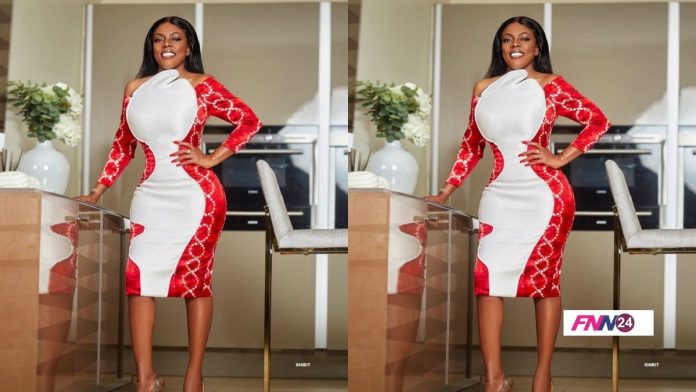 The outspoken Television host actually ‘filmed’ herself on camera without her usual makeup as she shows off her curves in an outfit that firmly held her figure.

According to the caption, she shared the video in anticipation of her birthday which falls June 19, 2021.

It appears that Nana Aba Anamoah can’t actually for the June 19 to come quickly to do her own thing.