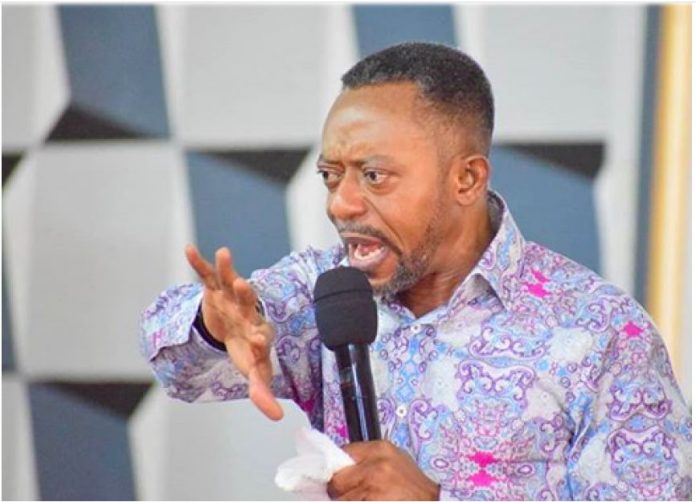 The Founder and Leader of Glorious Word and Power Ministry, Rev. Isaac Owusu Bempah has vehemently denied prophesying that Vice President Alhaji Dr. Mahamudu Bawumia would be elected as the NPP’s flag bearer in 2024.

The controversial man of God in a post on his official Facebook wall, Rev. Owusu Bempah denied a prophesy attributed to him that “Nothing can stop Bawumia from becoming NPP’s flagbearer in 2024”.

Rev. Isaac Owusu Bempah stated that the said prophecy has been calculated by some unscrupulous persons to stage their own parochial agenda.

Rev. Isaac Owusu Bempah who has a track record for correctly prophesying outcomes of general elections under the Fourth Republic urged the public to disregard the false story and treat it with all the contempt it deserves.

He has referred the false publication to his lawyers for advice and further urged all those peddling false news about him to desist from doing so forthwith.

Internal jostling in the quest to seek a replacement for President Akufo Addo whose tenure expires in the next four years has started quite early within the ruling New Patriotic Party.

While some are rooting for the Minister of Trade designate, Hon. Alan Kyerematen to lead the party into the 2024 elections, others are rooting for Dr. Bawumia as President Akufo-Addo’s successor.

Below is the full statement

Darkness in a lighthouse: Pastors recount abuse and trauma (Pt.1)

Church Members Must Take Care Of Their Pastors – Bishop Agyinasare

Rich Men Will Not Go To Heaven – Quotation Master Claims

LGBTQ Debate: The Church has been sleeping – Bishop Fiatefe fires