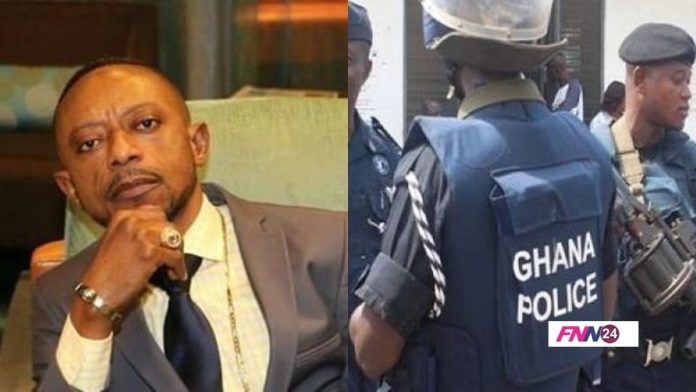 The founder and leader of Glorious Word Power Ministries International was arrested with three others on Sunday, September 12, 2021.

In a statement released by the Police service, the man of God and three allegedly assaulted some police officers at his church premises who were there to cause his arrest.

Reports say the police went to the church premises to arrest Reverend Owusu Bempah and his men over a viral video showing them with weapons at the residence of converted fetish priestess, Nana Agradaa.

“The suspects are being detained for further investigations over the creation and circulation of multiple videos containing threats, the brandishing of a weapon, and the assault of some police personnel,” the statement said.

Meanwhile, the injured policemen have received medical attention and are responding to treatment, the statement signed by the Acting Director, Public Affairs Unit of the Police Service, ACP Kwesi Ofori said.

Below is the full police statement on the arrest: 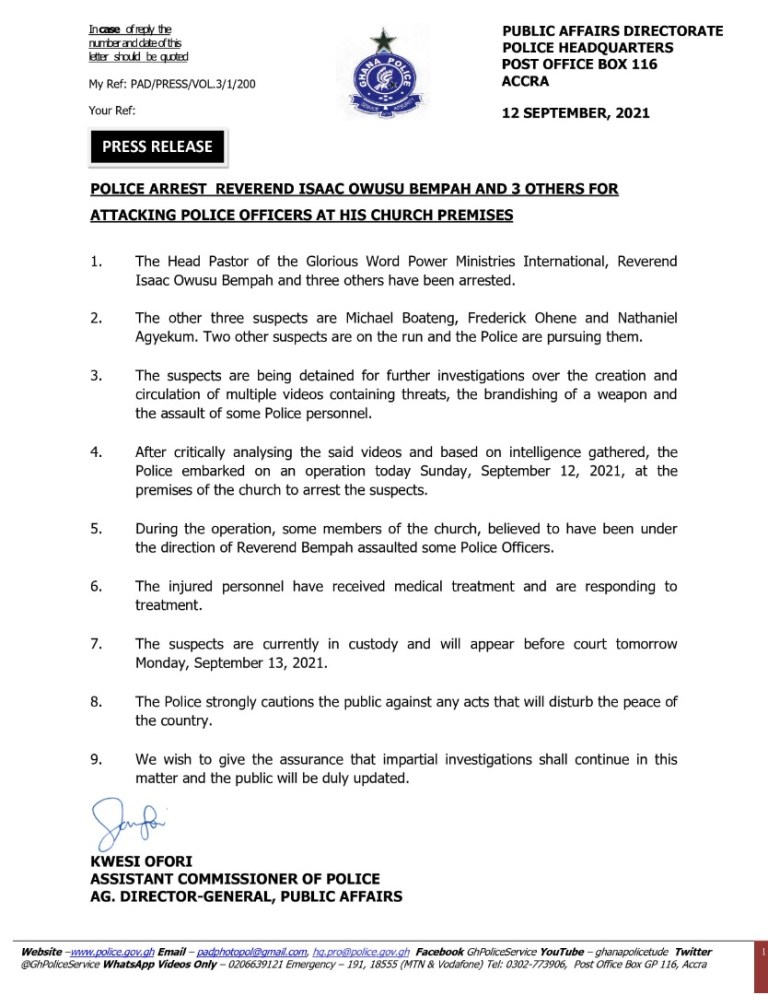