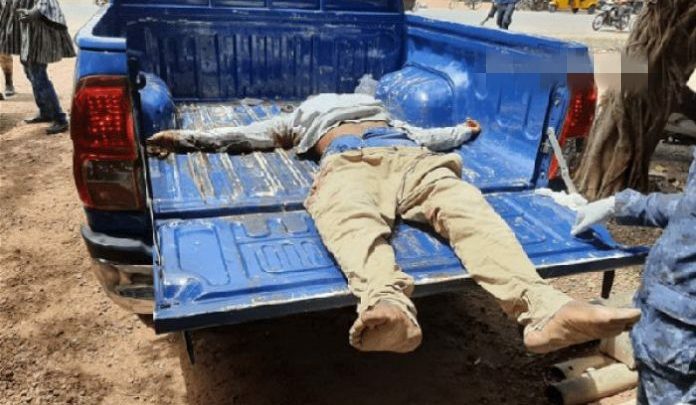 The Police have shot dead a notorious armed robber who killed a 20-year-old lady after raping her at  Kwayease a suburb of Yeji in the Bono East Region.

The armed robber who has been identified as Ernest Akorli alias Jerigoji has been on the wanted list of the Ghana Police for various crimes.

However, he met his death when the Police came him a hard chase after he raped and killed a young lady in the Kwayease, a suburb of Yeji in the Bono East Region.

Ernest Akorli was described by the police as a notorious armed robber who used to petrifying the people of Yeji until Monday he was gunned down by the police.

Sup. Thomas Owuahene who is the District Police Commander in Yeji has issued a strong warning to other criminals in the vicinity to quit the crimes or face the same fate as Akorli.

We Waste Lot Of Fuel Because Of Heavy Traffic – Otumfuo Complains