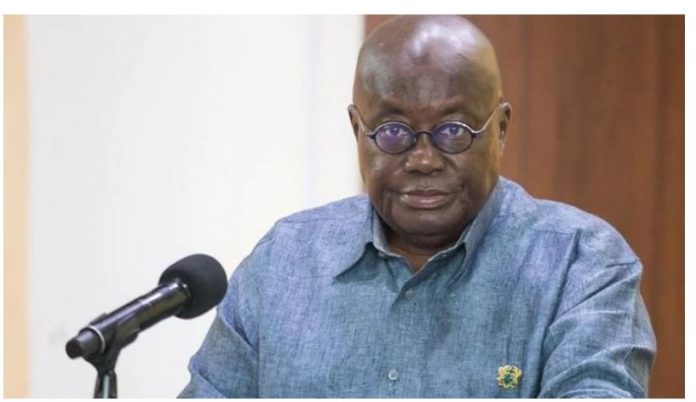 The final rally of the ruling New Patriotic Party (NPP) at Mantse Agbonaa in Accra yesterday drew thousands of party faithful and sympathizers to the venue ahead of general elections.

However, it wasn’t the final message to the supporters and Ghanaians in general on why they should President Akufo-Addo in tomorrow’s polls that grabbed the headlines.

Awkwardly, the President in introducing the Parliamentary candidate of the NPP in the Odododiodoo Constituency mistakenly mentioned the name of his opponent.

Nii Lante Bannerman, who is contesting for the NPP was mistakenly called as his opponent form the NDC, Nii Lante Vanderpuije by the President in the introduction and it set the place agog.

“In Odododiodio, if you are voting for me, then you are also voting for Nii Lante Vanderpuye”, the president said as he held the hand of Nii Lante Bannerman.

Having been notified that he had caused a blunder, President Akufo-Addo quickly mentioned Nii Lante Bannerman. Amid laughter, he apologized and urged the people to pick Bannerman over Vanderpuye.

“I didn’t speak well at all. I have a made mistake. What am I going to do with Nii Lante Vanderpuye. I meant Nii Lante Bannerman and I want you all to vote him”, Nana Akufo-Addo said as the crowd cheered and applauded.

President’s gaffe could be due to the similarity in the names of both candidates.

Check out the hilarious moment in the video below;