Home Love & Relationship Allow Your Husbands To Be Hard On You – Owurayere Arhin Tells... 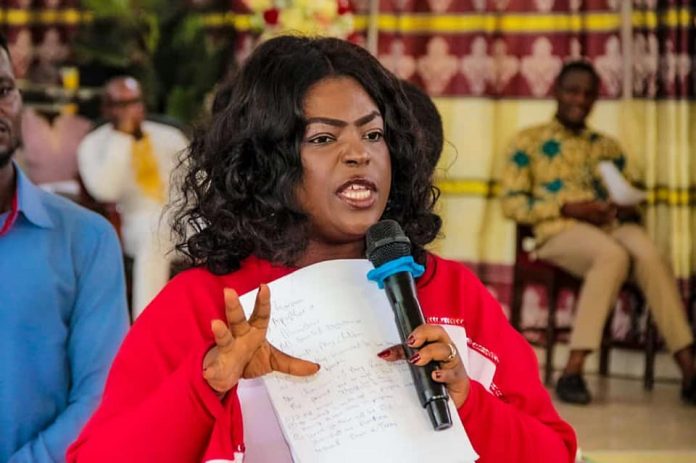 Marriage Counselor, Lady Evangelist Owurayere Nanapanin Arhin has asked married women to allow their husbands to be a bit hard on them.

In a Facebook sighted by FNN24, the self-acclaimed Post-marital Ambassador argued a woman is being saved from some mishaps when she allows her husband to be hard on her.

She continued that in marriage a woman needs a strong, mild, and aggressive husband who can bring all her action to a halt when she is going wayward.

“In marriage, you need to have a strong and mild aggressive husband who can bring your action to a halt…and say, hey Madam, stop that stupidity….this is nonsense, this is not sensible, stop it, woman!

“Allow your man to be hard and strong on you sometimes. This will prevent a lot of mishaps from befalling you.

“Note that, women are a bit vulnerable (debatable) and can sometimes be overpowered by all kinds of vices around to the extent that another man can evade their home with destruction….as3m s3b3.

“Be strong but let your man be ”too strong on you!”

Men last longer in bed with their ex-girlfriends – Counselor Lutterodt