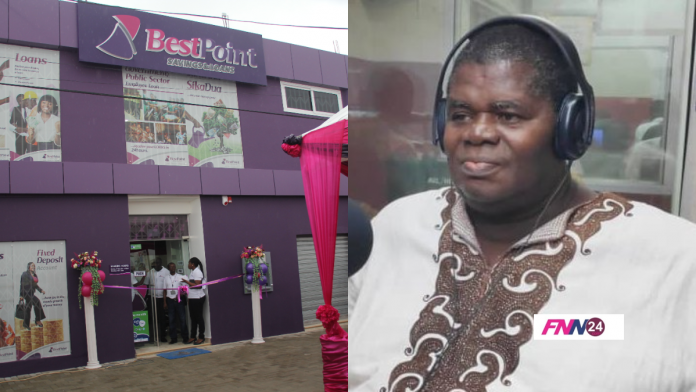 Popular Ghanaian actor, Psalm Adjeteyfio aka TT said he was only paid GHC 500 for the ‘Aponkyeniti’ advert for Best Point Savings and Loans.

One would have thought that actor made so much from that particular advert but the reality is he was paid just GHC 500.00.

He riposted in a recent interview;

“I contacted Louis and asked, ‘Don’t you have something happening,’ because I’m broke as a Churchmouse.’ He informed me that there was a position available, but that the pay was insufficient. I pushed myself to do it because I was broke and had no other options. As a result, the man stated that he would call his manager and get back to me.

He called to say that we could film the commercial, but that his supervisor needed to speak with me first. When the boss phoned, he stated the budget for the advertisement was GHC 300, but because it was for me, he’d want to add something little.

He didn’t say how much he wanted to add. I met with the man I filmed the advertisement with during the day of the shoot; there was no script, and we were only given information on what was expected of us. So I invented the phrase “aponkyeniti, Otwiniti ni ti,” and lo and behold, that’s what sold the ad.”