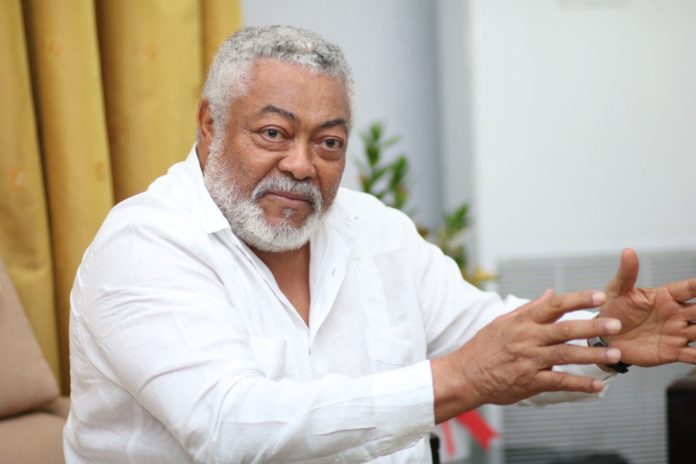 Former Ghana president, Jerry John Rawlings has reportedly died. The News of his death has been making waves on social media.

Daily Graphic reports that he is said to have died Thursday morning at the Korle Bu Teaching Hospital in Accra Graphic Online has gathered.

This is coming just a couple of weeks after he buried his late mother, Victoria Agbotui who died at the age of 101.

Rawlings was 73 years old. He left behind 4 children with his wife Nana Konadu Agyeman-Rawlings.