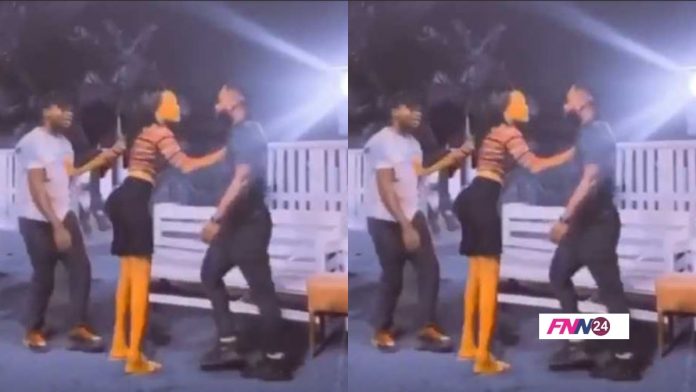 Raymond of TV3’s Date Rush has been caught on cameras fighting with another guy over his date Cilla.

From the video, Raymond and his sweetheart Cilla were having a moment together when a secret admirer of Cilla showed up.

Raymond got angry after the other insisted on speaking with Cilla and this led to some hot exchanges.

The guy actually knelt down in front of her touching and begging her for love, and while Raymond wanted to intervene, the issue entered another level.

Watch the video below;

Raymond of ‘Date Rush’ caught on camera fighting a guy over Cilla pic.twitter.com/dY43MeqHze