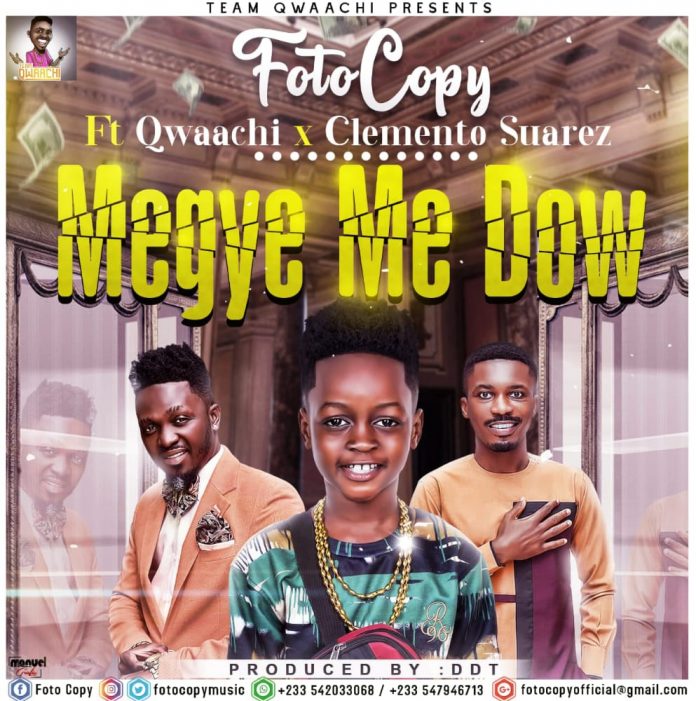 After being the youngest artist to organize his own virtual concert despite not having a song, Foto Copy has been on the lips of a few Ghanaians who saw him perform and has been asking for his own songs.

Finally, he has released this single which features Ghanaian comic actor Clemento Suarez and Qwaachi Classic dubbed “Me Gye Me Dow”.

The concept of the song is basically advising parents who are not looking after their wards too. Most importantly parents living abroad.

Below is a link to the video and Audio in the various stores;