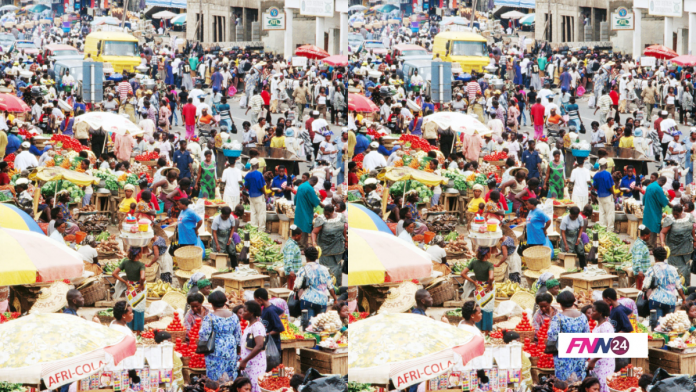 Ghana Statistical Service (GSS) has stated that Ghana’s current population stands at 30.8 million, this is according to the provisional results of the 2021 Population and Housing Census.

This was disclosed by the Chief Census Officer and Government Statistician, Prof. Samuel Kobina Annim, during the release of the provisional results of the 2021 Population and Housing Census.

According to Professor Anim, the current figure would not be too distinct from the final figure which would be released on November 18, 2021, after further analyzing various variables used in the exercise.

He said the provisional figure means that the country has recorded an all-time lowest population growth rate from 2.7 in the previous census to 2.1 in the 2021 population and housing census.

The gender demography also revealed that 50.7% of the national figure are females while males make up 49.3%.

Prof Anim again said on a regional basis, Greater Accra is now 1.7 million making it the most populated region in the country with Ashanti Region following closely with 1.5 million.

He mentioned fertility, mortality, and migration as the main variables that determine population change adding that GSS would officially publish the final 2021 Population and Housing Census results on November 18, 2021.

Meanwhile, the final results of the 2021 PHC are expected to be announced in November 2021.