Home Biography The Story of Sadio Mane, the poor boy from Bambali village in... 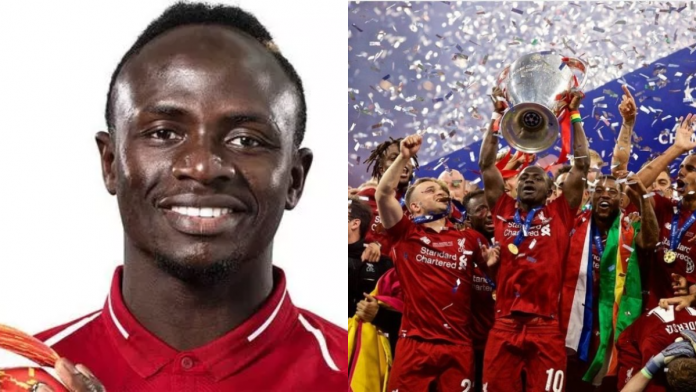 From wearing torn boots and shorts in the streets of Bambali to elite Premier League footballer.

Sadio Mane’s meteoric rise to the top is nothing short of an inspiration. With dogged determination and hard work, the boy from Bambali has dazzled both on the international stage and in club football thus far.

From some 400km from the country’s capital Dakar in the Sedhuoi region. In a small town called Bambali, Sadio Mane was born. Satou Toure is his mother and little is known about his father because he died when Mane was 7.

“Since I was two or three years old, I remember
always being with the ball. I would see kids
playing on the street, and would join them”.

“That is how I started – just on the roads. When I got older, I would go to watch games, especially
when the national team played. I wanted to see
my heroes and imagine myself as them”

It was certain he had no football boots then. Playing barefooted on the streets for years.

At 15 Mane’s ambitions to play football at the highest level kept pushing him. Mane felt too big for Bambali and decided to try his luck in the country’s capital

“I walked for a long time to meet up with a friend who loaned me some money so that I could take the bus to Dakar,” he previously revealed.

His instincts saved him. He signed for Generation foot, a football academy in Dakar that exported their finest to Europe.

It didn’t take too long for Mane’s prowess to be known in the academy. He spent just two years (2009-2011) and Europe came calling.

Mertz signed Sadio from Dakar and asked a reporter to take a picture of him so he could send it to his mum the first day he reached the club.

Things didn’t go too well for Mane’s Mertz as they were relegated from the French’s second-tier league.

Despite relegation, Mane was outstanding enough to get signed by another club

On 31st August 2012, Mane joined Austrian Bundesliga outfit Red Bull Salzburg for an undisclosed fee, winning the double in his first season at the club in the first season.

He scored 45 goals in 87 appearances for the Austrian side which was enough to get him snapped by the English side Southampton.

Sadio’s exploits caught the eye of Southampton, who signed him for a club-record fee of 11m in 2014 under then manager Ronald Koeman currently in charge at FC Barcelona.

Although Sadio never won a trophy with the saints, his influence and contribution to the club were never in question.

The nadir came in 2016 against Aston Villa when he broke Robbie fowler’s 21-year-old hat trick record by scoring a hat trick of his own in 2 mins 56 seconds bettering the former’s record of 4mins 33 seconds.

He ended his Saints career with 27 goals in 67 appearances

Mane’s incredible journey was only getting started. in the summer of 2016, Liverpool and Jurgen Klopp beat off stiff competition from rival clubs to sign Mane for £34 million making him the first player to sign for the German manager in what will be become an incredible chapter in his career.

The current reds number 10 hit the ground running on his debut scoring against Arsenal in a 2-1 win. Mane was announced in the PFA Team of the Year after scoring 13 league goals.

His current haul of 98 premier league goals puts him amongst some of the best African players past and current to play in the premier league.

Helping Liverpool broke their 31-year drought to win the premier league stand among Mane’s trophy-laden career at the club, not to talk about successful winning both the UEFA champion league, UEFA super cup, and the club world cup. Individual honors are aplenty as well.

From being crowned premier league golden boot winner in the 2018/2019 season after notching 22 goals in 36 league appearances.

It is not only on the club stage that the Liverpool fan favorite has oozed class.

On the international stage, Mane has helped his country in both junior and senior teams. The first came when he represented Senegal in the 2012 Olympic tournament.

He also made his senior debut in 2015 for the Taranga lions in the African cup of Nations against featuring in group stage games against South Africa and Algeria.

His efforts wouldn’t go unrewarded on the African soil as he was awarded African footballer of the year in 2019 after impressing for both club and country.

Sadio Mane is a devout Muslim whose great works on the football pitch don’t paint the whole picture about him.

Giving back to society in the form of building hospitals and schools in his home country of Dakar only serves to consolidate such a great character he is.

Very little is known about Mane’s romantic relationship issues but it is rumored that she has been dating Melissa Reddy a Journalist.

At 29 years old and at the peak of his prowess, Mane has risen above all odds to have become a true great in the game can only add to his already stellar career.

Mane defied all odds to be one of football’s finest. Teaching us that determination, persistence, and hard work beats barriers. The Boy from Bambali has taught us all.