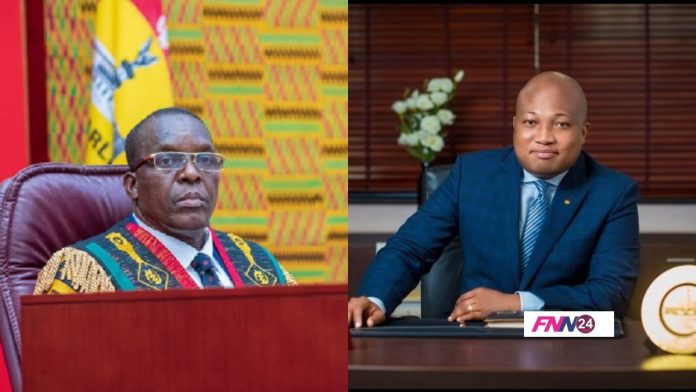 Speaker of Parliament, Alban Bagbin has revealed that he actually rejected Samuel Okudzeto Ablakwa’s resignation from the appointment committee.

The North Tongu Member of Parliament resigned from the Appointments Committee of Parliament stating that his decision is based on “personal reasons”.

In a letter dated March 30, 2021, and addressed to the Speaker of Parliament, Alban Bagbin, Ablakwa said he is stepping down as a member of the Appointments Committee after days of careful reflection and thoughtful considerations.

Subscribe To Our Youtube Channel
“This is to formally convey my decision to discontinue my membership of the Appointments Committee after days of careful reflection and thoughtful consideration,” part of the letter reads.

“I shall like to state that the reasons for this are difficult and that the decision is both personal and on principle.

“Respectfully, … my resignation is with immediate effect, and therefore I shall not be available for the vetting of the nominees for deputy ministerial positions,” he stated.

But, Hon. Alban Bagbin said he only received the letter on behalf of the Committee on Selection which he chairs which does not constitute an acceptance adding that the members of the Committee were recalled from recess to meet over what he described as a purported resignation letter.