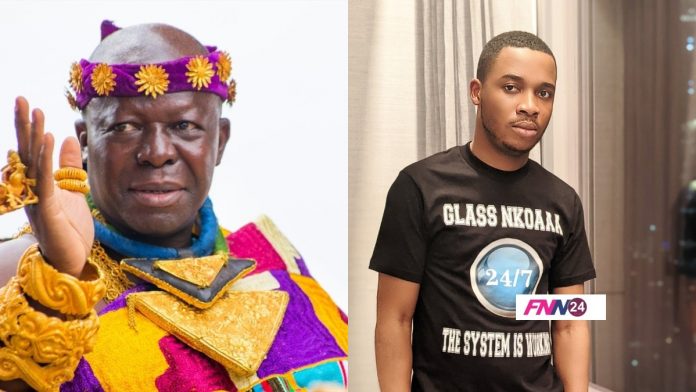 Some of the Otumfuo boys in the United States of America have declared Twene Jonas wanted in New York City.

The move to declare the popular internet personality wanted is the result of his recent outburst against the Asantehene.

Many Ashantis have asserted that Twene Jonas has disrespected their King, Otumfuo Osei Tutu II while addressing the issue of illegal mining in one of his live videos on social media.

But in an interview with Kofi Adoma on Kofi TV, a man who claims he is a representative of Otumfuo in New York City revealed that they are looking for Twene Jonas.

He added that they want to make sure he retracts and apologizes to the almighty King of the great Ashanti kingdom.

” What he did to Otumfuo isn’t right. I’m looking for him so I can take him to Manhyia Palace for him to go and apologize. I will pay for the airplane ticket.”

Video: Vote for me, I’ll not promise and fail like Akufo-Addo – JHS student