Home Entertainment Celebrities I hated my husband the first time I saw him – Xandy... 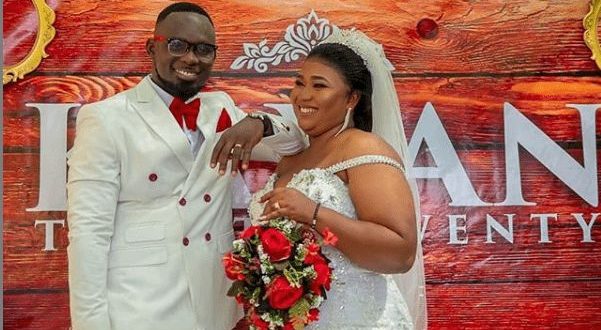 Popular Kumawood Actress Xandy Kamel has risen up to reveal she hated her husband on their first encounter.

According to the actress, she had no intention of getting married since she saw marriage as stress.

In an interview on kingdom plus 101.9 fm, Xandy revealed she met her husband, Nana Kweku Mensah Kaninja on Angel TV where she currently works with a crew.

She claimed she hated him the moment she saw him and didn’t know why.

“I would put off my television immediately he appeared on the screen”, she revealed.

Xandy Kamel says her hatred for sports made her hate the sports journalist who is now her beloved husband.

She sees her marriage to be a miraculous one designed by God since she never imagined she could fall in love with the guy she hated so much.

She also vows to love and support her husband in all times.