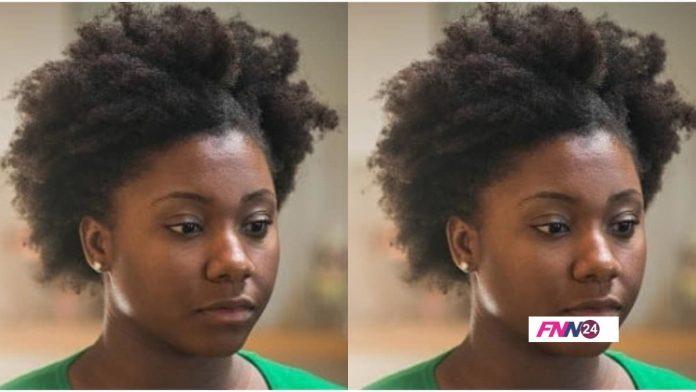 A young lady has shared the stress some ladies go through because they want to join the security services.

In a short sit-down with FNN24, the lady whose name is being withheld for security reasons disclosed that joining the Police service or military is not easy for people coming from poor homes.

Sharing her ordeal and how she couldn’t become a policewoman on three different occasions, she said that each time, she was being asked to pay a sum of GHC 4000.

On one of the occasions, the person who promised to help her get recruited in the police demand both the money and sex.

And since she couldn’t pay the money, her dream of becoming a policewoman has being shattered.

She, however, does not understand why people have to huge bribes before being accepted into the security service.

“… I started applying for the police service in 2017 but I have not been successful because each time, I was asked to pay someone some money to do the connection.”

“I was charged GHC 3,000 in 2017 but in subsequent years, it has been increased to 4,000 which I can’t afford. At one time, the man doing the connection even asked me to warm his bed in addition to the money.”

“Why should we even pay to get recruited in the police service or the military.”

DISCLAIMER: THIS ARTICLE DOES NOT SEEK TO TARNISH THE GOOD IMAGE OF THE GHANA POLICE SERVICE AND THE MILITARY.

See All The Charges Against Fetish Priestess, Nana Agradaa

Nigerian Man Wickedly Stabs Another Man For Sleeping With His Wife