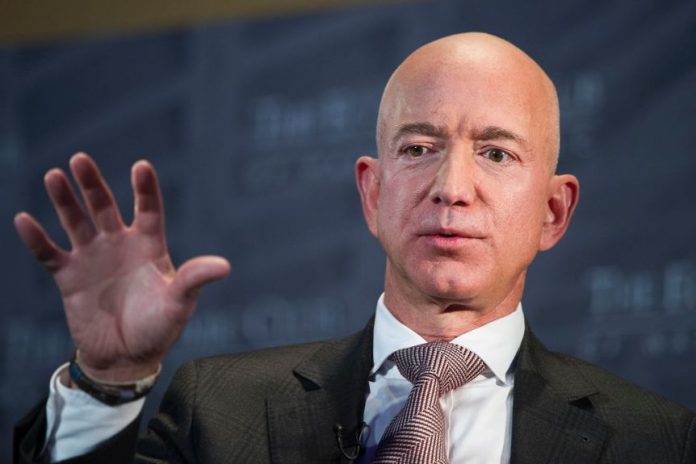 Amazon founder Jeff Bezos is to step down as chief executive of the e-commerce giant that he started in his garage nearly 30 years ago.

He will become executive chairman, a move he said would give him “time and energy” to focus on his other ventures.

The change will take place in the second half of 2021, the company said.

“Being the CEO of Amazon is a deep responsibility, and it’s consuming. When you have a responsibility like that, it’s hard to put attention on anything else,” Mr Bezos said in a letter to Amazon staff on Tuesday.

“As Exec Chair I will stay engaged in important Amazon initiatives but also have the time and energy I need to focus on the Day 1 Fund, the Bezos Earth Fund, Blue Origin, The Washington Post, and my other passions.”

“I’ve never had more energy, and this isn’t about retiring. I’m super passionate about the impact I think these organisations can have,” he added.Higher public profile

Mr Bezos, 57, has led Amazon since its start as an online bookshop in 1994. The firm now employs 1.3 million people globally and has its hand in everything from package delivery and streaming video to cloud services and advertising. He’s amassed a fortune of $196.2bn, according to Forbes’ list of billionaires.

It saw its already explosive growth skyrocket last year, as the pandemic prompted a surge in online shopping.

In announcing the plans, Mr Bezos said he would continue to focus on new products and initiatives.

“When you look at our financial results, what you’re actually seeing are the long-run cumulative results of invention,” he said. “Right now I see Amazon at its most inventive ever, making it an optimal time for this transition.”

The shake-up comes as Mr Bezos has developed an increasingly public profile.

He has endured a public divorce, become a target for labour and inequality activists, and poured his wealth into other businesses, such as space exploration firm Blue Origin and the Washington Post newspaper.

Amazon also faces increasing scrutiny from regulators, who have questioned its monopoly power. And its dominance in cloud computing is being increasingly challenged by other tech firms, such as Microsoft and Alphabet, parent company of Google and YouTube.

Mr Bezos’s decision to hand over the day-to-day operation of the company came as a surprise. But investors appeared unfazed, with little change in the firm’s share price in after-hours trade.

In a call with analysts to discuss the firm’s financial results, Amazon chief financial officer Brian Olsavsky said: “Jeff is not leaving, he is getting a new job… The board is super active and important in Amazon’s success story.”

ALEXA RANKING: See The Top 50 Most Visited Websites In Ghana 2021