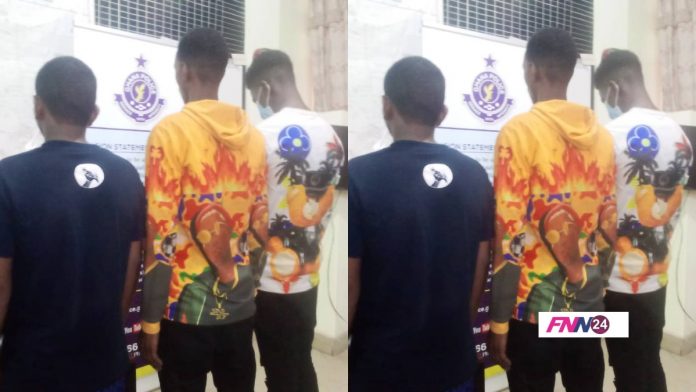 The Police Command has arrested 3 persons suspected to be engaged in kidnapping activities in the Northern Region.

These 3 persons were picked up in three separate hotels they were lodging in the capital, Tamale upon a tip-off.

But speaking to the media in Tamale, the Northern Regional Police Commander, COP Timothy Yoosa Bonga, said the suspects were picked up after some intelligence gathered by the police.

COP Timothy Yoosa Bonga added that the suspects arrived in Tamale and planned attacks and kidnapping operations which were to be executed at Salaga, Makango, Bimbila and Wulensi areas.

The Police raided the said hotels on May 13 and arrested Yussif Mohammed, 22, a herdsman from Akwadum near Koforidua in the Eastern Region.

The others were 23-year-old herdsman, Sanda Mohammed from Kintampo and Mahammud Umar, 23, also a headsman from Bunjai in the Salaga district of the Savana Region.

COP Bonga explained that the police recovered a machete, seven mobile phones, GHS5,861 and another GHS5,239 in their mobile money account.