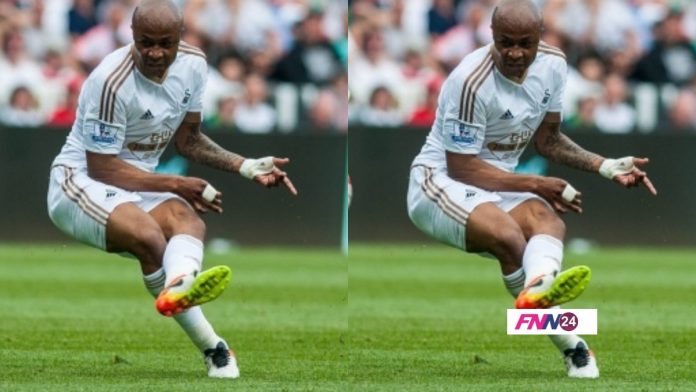 Ghanaian international, Andre Ayew has put his side, Swansea City ahead of their opponent Barnsley in the first leg of the championship playoff.

His goal in the 84th minute has helped Swansea City to triumph over Barnsley in the first leg leaving the scoreline at 1-0.

🇬🇭 ANDRE AYEW with a worldie.

Goal number 17 in the 🏴󠁧󠁢󠁥󠁮󠁧󠁿 Championship this season.
Need this guy back In the Prem!pic.twitter.com/sexcJ4Ayq9#championship

Statistics reveal that Ayew is currently the top scorer of the former English Premier League campaigners, scoring 17 goals in 44 matches this season so far.

Meanwhile, Swansea City will host Barnsley in the 2nd leg on Saturday at the Liberty Stadium.

The game has been scheduled to kick off at 17:30GMT.

The winner of the tie will play either Bournemouth or Brentford in the final playoff at Wembley.