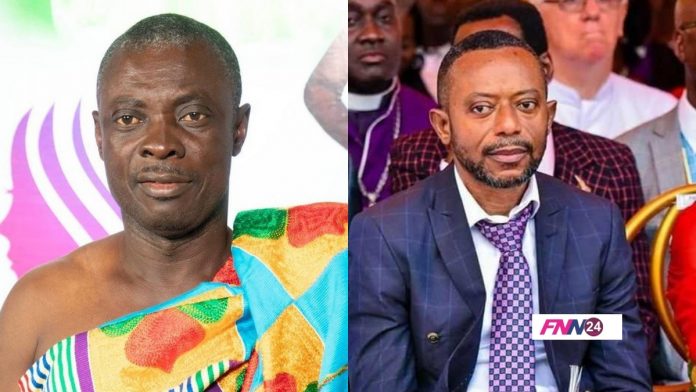 Osofo Kyiri Abosom says Prophet Isaac Owusu Bempah who is currently remanded must be jailed for at least ten years.

Owusu Bempah is seen in a video telling his church members to cultivate the habit of giving money and sheep to the National Security.

However, Kyiri Abosom reacting to the video during a phone-in with Captain Smart interview on Onua TV said Owusu Bempah must be jailed for ten years.

“… I’ll be happy if the court will jail Owusu Bempah for ten years. Let’s all crucifer him.”

On Sunday, September 12, Rev. Owusu Bempah and three others were arrested by the police for issuing threats, brandishing weapons, and attacking Police officers.

Reverend Isaac Owusu Bempah, who was recently remanded has been hospitalised at the Police Hospital in Accra.

He was rushed to hospital a few hours after an Accra Circuit Court hearing his case on Monday, September 13, denied him and three others bail.