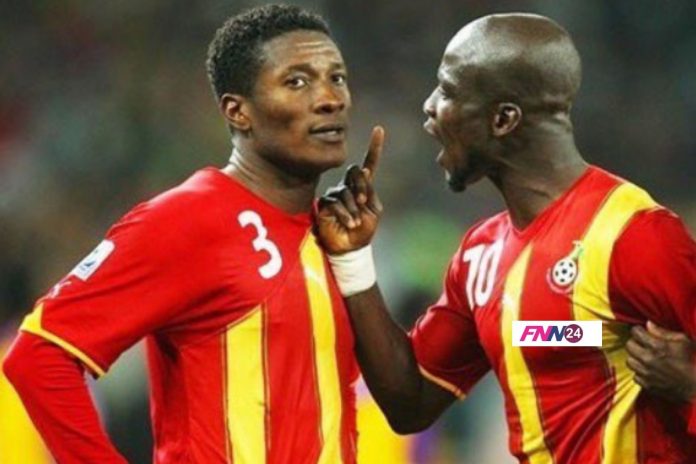 However, the former Juventus player failed to include almighty Asamoah Gyan in his list and Ghanaians have expressed some worries.

Betway in a Twitter post asked Stephen Appiah to name his top five Black stars players which he did happily.

Shockingly, he didn’t include Asamoah Gyan in his list.