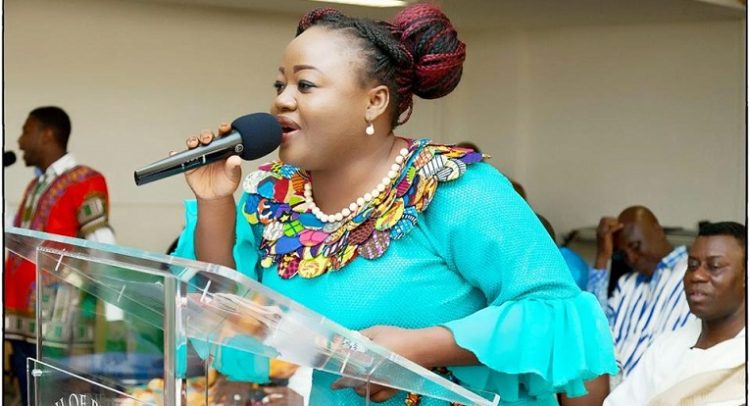 Gospel music icon, Selina Boateng has unequivocally riposted in a recent interview that Twi songs are not recognized abroad.

The multiple award-winning gospel musician Selina Boateng in an inclusive interview on No.1ShowBiz with Nana Kwame Gyan on an Accra-based No.1FM 105.3 explained that songs sang in our local languages do not make much impact abroad.

She cited a scenario where she was booked by a Nigerian pastor abroad just to sing her hit song “Alpha & Omega” and they were loving but she decided to chip in her other hits Twi songs she was prompted to stop because they don’t understand.

Selina Boateng also stated that her ability to sing in English and mixed with French paved way for her to tour many European countries such as France, Belgium, Norway, Germany, and many other places even though that’s not their language but because she sings in English they all love it.

She, then, took the opportunity to thank her boss, Mr. Charles Sarpong for encouraging her to be different by singing in English and French.

She is also encouraging her colleague Gospel singers to start singing in English and possibly French so they can make greater impacts.

Selina Boateng has come out with a new song title “Yesu Mogya” and on all music download sites also urge Ghanaians to download the song and do a video with it, tag her on all social media platforms and the winner stands for a surprising gift.