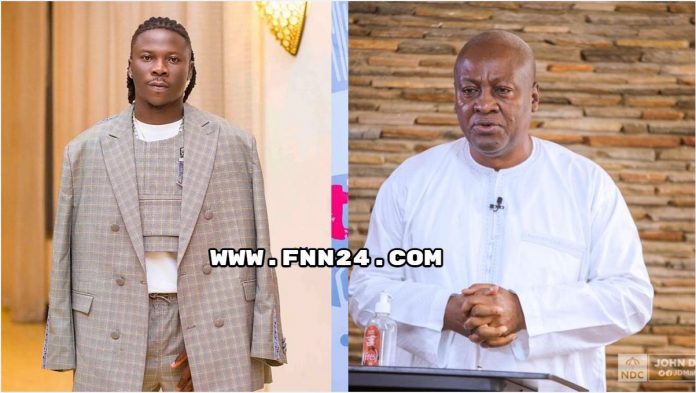 Dancehall musician and songwriter, Stonebwoy has popped some sense into some demonstrators of the National Democratic Congress (NDC) in Ashaiman.

Some angry supporters of the NDC in Ashaiman have taken to the street to burn car tires and chant ‘No Mahama, No Peace’ to protest against the election results declared by the Electoral Commission.

The angry demonstrators believed that the Jean Mensa-led EC has cooked out figures in the favour of Nana Addo Dankwa Akufo-Addo in order to retain the presidency.

However, Stonebwoy who resides in Ashaiaman seems not to be happy with the way and matter his own Ashaiman people are going the situation.

In a Twitter post sighted by www.fnn24.com, the musician told the demonstrators that resorting to violence will not solve the issue at hand.

He also added that politicians know what to do.

Ashaiman, My People Please all these ones Cannot Solve anything the politicains themselves know better what To do.Where our small power counts is to vote and we have done just that.Dont allow urself to be used by heart let’s KEEP THE PEACE. and Go about our hustle it Go better.. pic.twitter.com/It6KEADntw