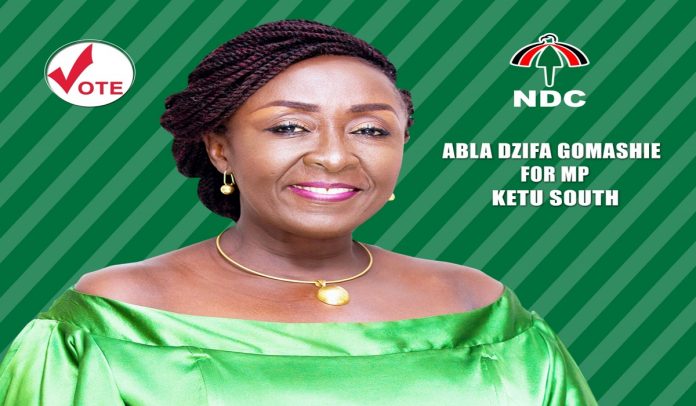 Dzifa Abla Gomashie has been elected as the first female MP for the Ketu South constituency in the Volta Region on the ticket of the National Democratic Congress (NDC).

According to election results obtained by www.Fnn24.com, the former Deputy Minister for tourism pulled a record 84,664 votes out of a total of 100,617 valid ballots to win a seat that has been held by the NDC since 1992.

David Tiahno of the NPP polled 14,904 votes, while Henyo Dometor of the Ghana Union Movement and Amegah Holy Kingsford of the LPG got 836 and 213 respectively.

Her vote tally is a significant increase on the 48,723 votes current MP Fiifi Fiavi Kwetey had in 2016.