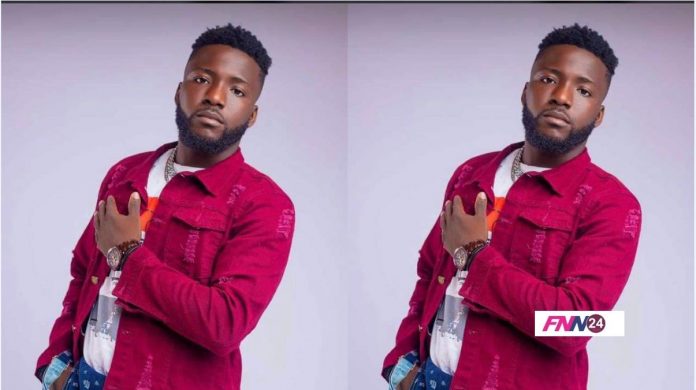 According to the young musician, he admires his colleague for how creative he is on the mic. Kojo Luda has been on the road for few years but has already won the heart of many. His latest song title “P3p333p3” was released last year featuring “Dw3” hitmaker Mr. Drew. The song is still banging hard as fans can easily relate to his vibes. Mr. Drew has just been awarded breakthrough Act at the just ended 3 music awards.

Known as one of the hardest rappers, Kojo Luda dropped “Scare Dem” in 2020 as a message to doubters. The delivery and style in that song is unmatched. After being endorsed by Kofi Pages, Kojo Luda will use this inspiration to keep working hard for his dreams to come to pass.

Kofi Pages though did not win the ultimate prize at the MTN hitmaker, came as a surprise to many as he put up a very commanding performance to cement his place to be the winner for the cash prize of GHS150,000 but unfortunately, he got the 1st runner up place. His commitment since the show in 2019 is still high. He has the potential and will continue fighting till he reaches the top

Watch the video below;