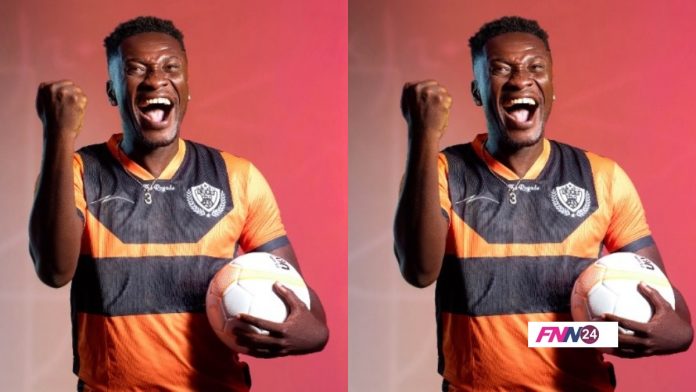 Since joining Legon Cities in a deal worth more than $1 million, Asamoah Gyan has played the least of matches for the Accra-based club and that has got many people talking considering the cost of acquisition.

But speaking in an interview with Graphic Sports, Maxwell Terry Aidam, the CEO of Legon Cities said the club will be far from running at a loss despite concerns about the returns from their big-money signing of the former Sunderland player.

In October last year, the Royals set a GPL to transfer record with the acquisition of Asamoah Gyan in a deal worth more than US$1million; the domestic transfer deal ever penned in the history of Ghana football.

Consequently, Asamoah Gyan was expected to light up the league- a spectacle that is yet to be seen due to suffering injuries that have resulted in him making only three Premier League appearances so far.

He is yet to find the back of the net or assist a goal in the colours of the Royals despite his fine scoring record prior to joining the club.

“Putting numbers to it, then I will tell you that unless you come to my office then we will see because Asamoah Gyan was signed as a footballer and for his brand essence,” Aidam said as reported by Graphic Sports.

“You can attest to the fact that Asamoah Gyan coming to add to the Legon Cities brand has given us a big mileage.

“If you are looking at the numbers then you must look at my balance sheet. From where we sit, we have not got it 100 per cent, but we are almost breaking-even from bringing him on board in these worrying times of covid.”

Arguably the best Ghanaian striker ever with 51 goals in 109 appearances for the Black Stars, Asamoah Gyan began training recently after months of being sidelined. His last appearance for the club coming in December.

“Asamoah Gyan will only play when he is fit and ready,” said coach Bashir Hayford.

“When I was appointed as the head coach, he was nursing an injury but thankfully, he has returned to the training ground training with the players.

“I am only hoping that he will stay fit because he needs to play.”

Legon Cities are currently caught up in a relegation fight midway through the season as they sit just one spot and two points above the dreaded zone.