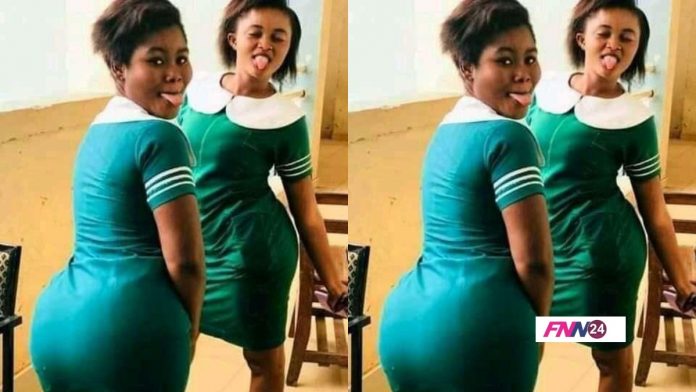 Some beautiful Ghanaian female nurses in the capital, Accra have told Awake News that they believe the inability of men to approach them with relationship proposals may be due to their uniform.

They lamented how men are not approaching them for a serious relationship making most of them remaining single.

Two beautiful nurses in a uniform who narrated an instance to Awake News’ Efo Korsi Senyo on a trip from Abokobi suburb of Accra to Madina recalled:

“This very morning, we saw three men in a car parked at the Presby Church at Abokobi. One of the men called my friend saying his boss will like to talk to her. My friend got closer to the man….in what appeared to be a way of this gentleman expressing interest in my sister; we were all shocked when the man only asked my sister ‘where is the hospital around here’”

“As disappointed and shocked as my friend was asked the man ‘which hospital’. The man then replied ‘oh, because you are in the nurses uniform and passing that is why I asked which part of this area is the hospital that you are working’”

When they there asked so what did the nurse tell the man, she said “I just told him, I work at Tifa Polyclinic and walked away disappointed in him”

When asked what did they think scared the man, this is what they had to say:

“We are sure our uniform is intimidating men. Especially the green uniform”

Lately, there have been publications in mainly online media in Ghana which suggest that Ghanaian females nurses are complaining men are not proposing to them.

Well, you just heard the above conversation. Please, judge for yourself.